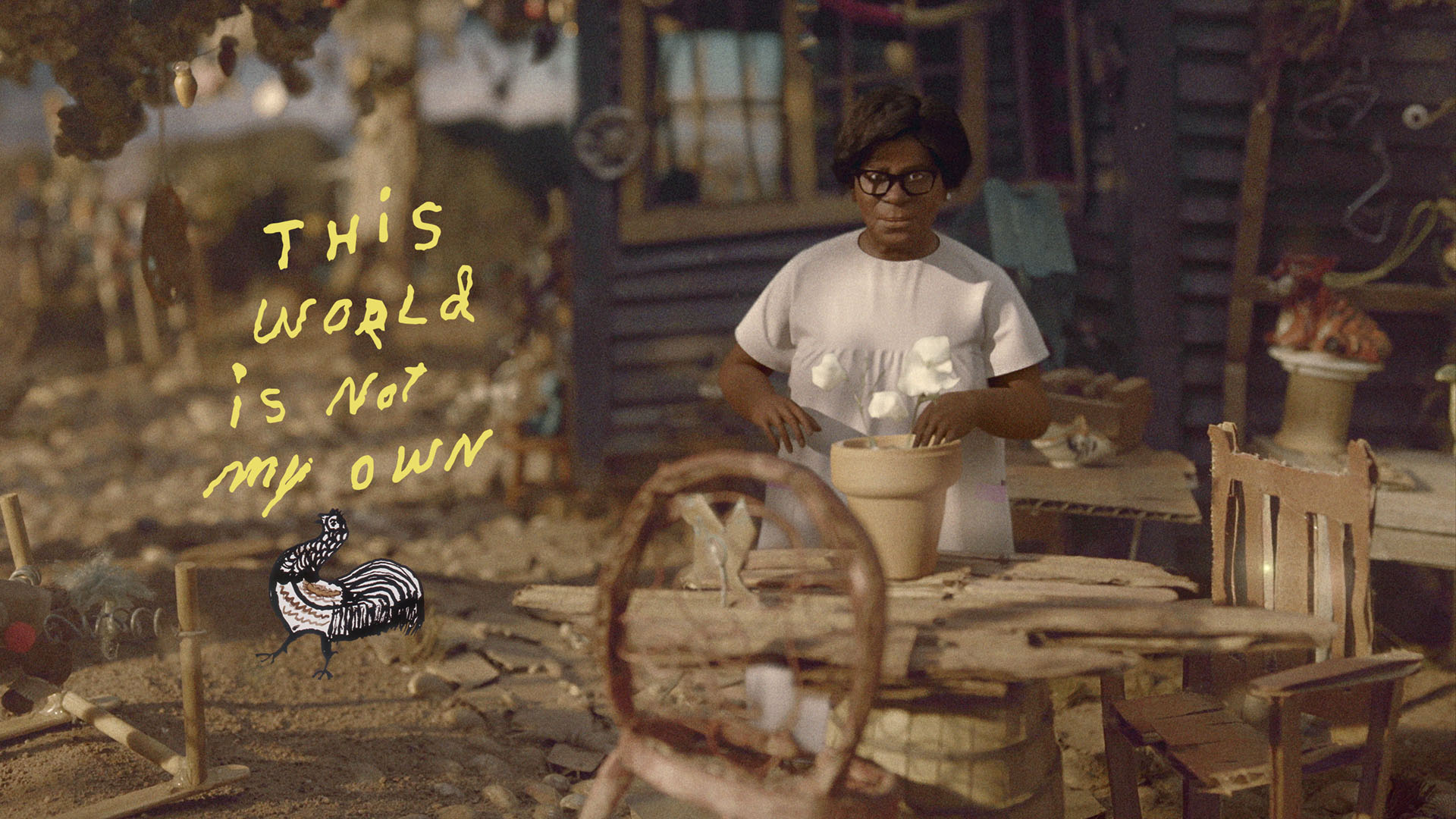 THIS WORLD IS NOT MY OWN
Chewing gum sculptures, a wealthy gallerist, a firebrand wrestler, a notorious murder case and the segregated south – it’s all part of Nellie Mae Rowe’s boundless universe. This World is Not My Own reimagines this self-taught artist’s world and her life spanning the 20th century.
thisworldisnotmyown.com

THE NEW BAUHAUS
The Life & Legacy of Moholy-Nagy
thenewbauhaus.com

PORTLAND MUSEUM OF ART
Together with our partners at Openbox Design, we’re part of a finalist team for the redesign of the Portland Museum of Art. This film by Opendox and Lever Architecture showcases our design concept, “Greeting the Light.”

THE LIMESTONE CONFLICT
The fight over limestone mining in the ancient Ojnare forest of Gotland, the largest island in Sweden.

THE LOWLINE LAB
Under the streets of New York’s Lower East Side lies a new project straight out of science fiction.

QUESTIONS FOR MY FATHER
Questions for My Father is a document of the inquiries, doubts and reservations of a generation of men who came of age in the late 20th century.
questionsformyfather.com

THE RUSSIAN WINTER
Brooklyn-born John Forté was a Grammy-nominated musician in The Fugees at 21 and a federal prison inmate at 26. When his prison sentence was remarkably commuted in 2008, Forté was given a second chance to share his talents with the world.

MARFA, TEXAS
Visit Marfa, a small town in the high desert of far West Texas that has become a center for site specific art.

STRATEGY WORLD TOUR: MEXICO CITY
Every year, IIT’s Institute of Design takes participants to transforming cites in order to experience innovation first hand. Here, we focus on Mexico’s position in the global economy, from both commercial and cultural perspectives.

WOLF TRACKING
We spent a week in northern Wisconsin learning how to track wolves.

SUNDAY AT THE RACES
Took my camera to the Oakland Valley Race Park to shoot some flat track racing.

STREET PARADE
A behind-the-scenes look at the making of a street parade. Follow Theresa Andersson as she prepares for the Muses Mardi Gras parade.

DANNIJO
One of several commisions for jewelry brand, Dannijo.

Petter started his career as a designer and art director. After studying at the Cooper Union School of Art in New York, he became a partner in the creative agency Flat, where he worked for clients like MoMA, Red Cross and ESPN. He has taught at Parsons School of Design and New York University, and served on the board of the New York chapter of the American Institute of Graphic Arts.

New York Times
Roberta Smith. Sept 2, 2022
“With over 100 of her paintings on paper, several sewn dolls (and one chewing gum sculpture) as well as two amazing reimaginings (not replicas) of her home and yard recently constructed for a hybrid documentary-feature, the show fills the museum’s Elizabeth A. Sackler Center for Feminist Art.”

Architectural Digest
Rebecca Holland. Sep 30, 2019
“Moholy started messing with the traditional gallery space by introducing moving sculptures and adding the element of time—of interacting with the pieces,” Ringbom tells AD PRO. “At the time, that was completely new.”

The Hollywood Reporter
John DeFore. Oct 23, 2014
“Introducing outsiders to a creative scene seemingly far more vibrant than most of us realized, Petter Ringbom’s Shield and Spear finds post-Apartheid South Africa brimming with art, music and activism despite widespread disappointment with those leading its government.”

Design Matters Podcast
Debbie Millman. Oct 21, 2014
Debbie Millman talks to Petter Ringbom about his years at the creative agency Flat, and how he moved away from graphic design into filmmaking.

T Magazine Blog
Stephen Heyman. Apr 20, 2012
Why has it taken so long for someone to make a movie about musician John Forté? His life story certainly has the requisite sweep…